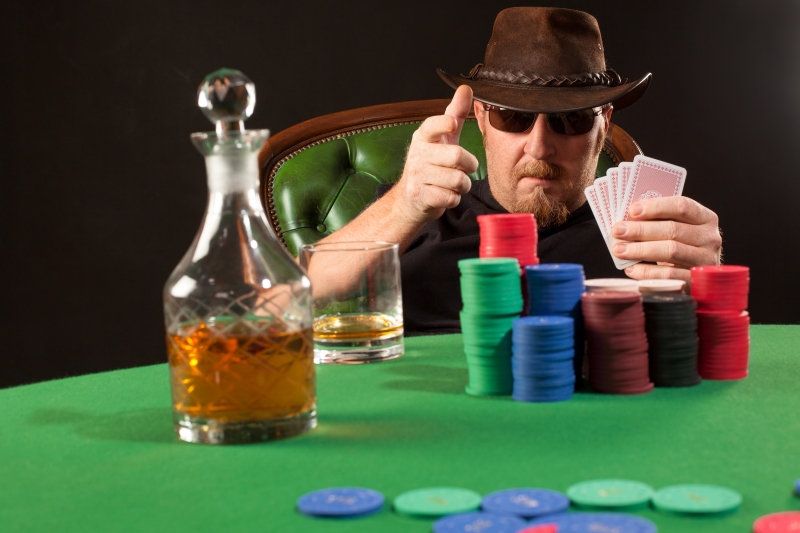 Poker is a very simple game to play and as the saying goes, ‘it only takes a few minutes to learn but a lifetime to master.’ Texas Hold’em is the most popular form of playing poker and anyone can pick up the basics in a few minutes.The aim of the game is to get your money in when you’re ahead and get out when you’re behind. In Texas Hold’em every player gets two ‘hole cards’, which only they can see, at the start of each hand. There is a round of betting on the strength of these cards where players can either call, raise or fold.After everybody has acted, three community cards, known as the flop is dealt. There is another round of betting before the final two cards, the turn and the river are shown, with a round of betting on each. Everyone left in the hand shows their cards and whoever can make the best five card hand takes the money home.The strongest hand you can make in poker is a royal flush which is the ace, king, queen, jack and ten in the same suit. If you’re lucky enough to catch a royal flush, you should be willing to bet everything you have because there’s no way you can be beat.This is followed by a straight flush which is consecutive cards in the same suit, four of a kind, a full house which is three of a kind with a pair, a flush which consists of five cards in the same suit, a straight which is consecutive cards in any suit, three of a kind, a pair and finally a high card.Poker is not all about the cards however, some players may act like they have a big hand when in reality they haven’t got a leg to stand on, in an act known as bluffing. To compete with the better poker players it’s essential that you learn how to pull off the odd bluff and suspect when another player may be bluffing you.With the proliferation of online poker it has never been easier to start playing the game and if you manage to develop a winning strategy, it could turn into a very lucrative hobby.